HomeBrandingWhy Is My Marketing Failing?

Why Is My Marketing Failing? 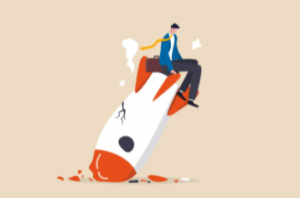 There are several factors involved in creating a successful marketing strategy that delivers strong results.  Not surprisingly, there are also multiple pitfalls that contribute to failing campaigns. Many of these pitfalls lie in the execution of your strategy.  However, a common cause for failure is more basic than execution, it’s imitation.

Frequently I will have a legal client who will tell me their law school friend has been using a marketing strategy that is getting him multiple new clients and cases each month.  Of course, it’s common for professionals to stay in touch with friends from law school and to share ideas.  However, many times what works for one law firm will not work for another one.

A recent example was a marketing campaign for a law firm in Macon, Georgia.  The partner there had a friend in California whose marketing campaign was a “Homerun”.  The campaign promoted the professionalism and high tech approach of the law firm and ran in Southern California.  The law firm in Macon, GA decided to run the same campaign, including similar written content and similar photo types with the attorneys in their offices near their computers. They imitated the campaign as much as possible because it was a proven, successful campaign.

As tempting and low-risk as it might seem to imitate a marketing campaign you think has been successful, don’t jump in with both feet!  Take the time to think about your audience and what they value in an attorney and a law firm.

If you need help creating a successful marketing strategy and improving your results, please feel free to schedule a phone appointment with me.